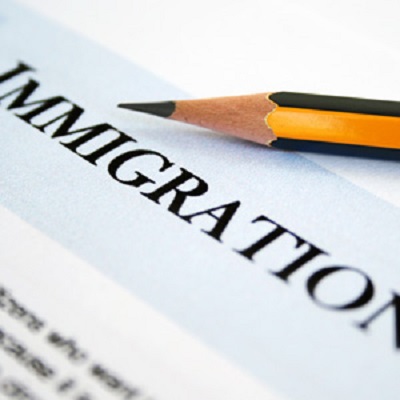 “IF 100,000 French people of Spanish origin were to leave, I would never say that France is not France any more. But if 100,000 Jews leave, France will no longer be France. The French Republic will be judged a failure,” said France’s Barcelona-born Prime Minister, Manuel Valls, last week.

The feared exodus of Jews from France in the wake of the massacre of journalists in Paris by Islamic terrorists would be an economic disaster for France too, a country already inching towards mainly self-inflicted economic failure.

For whatever reason, Jewish people throughout history and still are massively over-represented in the upper

echelons of the arts, science, and business. They have, for instance, won at least 22 per cent of all the Nobel prizes awarded since 1901 according to one source, despite making up only about 0.2 per cent of the world’s population. Their sudden departure from France would deal a blow to its human capital and hobble its chances of recovery.

The truth is the more positive are a people’s attitude toward freedom, business and especially innovation and competition, the more prosperous they will be. Yes, tax design, social security and budget policy are important, but they are second order issues compared to culture.

A country with a particularly innovative, inquisitive, industrious people will fare better. History is replete with examples of countries undermining, intentionally or otherwise, their own potential by banishing groups of people with greater potential to serve the greater economic good.

Perhaps Valls had his native Spain in mind. On the cusp of importing unprecedented American mineral riches in 1492, King Ferdinand and Queen Isabella of newly united Spain expelled their Jewish and Muslim citizens. For the sake of a brief outpouring of Catholic chest-beating, they condemned their country to the second tier of European nations. It is arguable whether Spain ever really recovered.

“The Jews and Muslims were highly educated, leaders in mathematical and scientific developments, and immune from the Christian strictures against usury,” writes the late American historian Peter Bernstein. “With their departure, Spain lost almost all of the native merchant class that was essential in a time of dynamic economic development throughout Europe.”

Indeed, in the 16th century the Spanish parliament despaired: “Though our kingdoms should be the richest in the world they are the poorest, for they are only a bridge for the gold and silver to go to the kingdoms of our enemies.” Spain frittered away its resource boom on costly wars and conspicuous consumption.

But such examples aren’t limited to Europe or to Jewish people — pro-business attitudes are not genetically determined.

An act of similarly great stupidity — and one less excusable given the more enlightened times — was Louis XIV’s decision to expel Protestants from France in 1685 by revoking Henry IV’s laudable Edict of Nantes, which since 1598 had preserved peace between France’s feuding Catholics and minority Huguenots (as the protestant were known) by granting both equal rights of worship.

The Sun King’s decision led to 100,000 skilled French Christian artisans, academics and merchants fleeing (together with their money), in large part to England. They supercharged England’s rise to dominance in the late 18th century and even provided capital to set up the Bank of England in 1694, which gave Britain the fin­ancial firepower to defeat France in the 18th and 19th centuries.

German sociologist Max Weber was so taken by the contrast he famously suggested the thrift and industry prized by Protestant denominations explained the dramatic outperformance of protestant over Catholic countries in Europe.

In more recent times, the Turks’ genocide of its Armenian population from the late 19th century onwards finished off whatever hope the decadent Ottoman Empire had of a renaissance. Idi Amin’s expulsion of Indians, who dominated the country’s commerce, from Uganda in the 1970s impoverished his country.

Understanding why some countries flourish and others don’t is among the most difficult questions in economics. Economists increasingly emphasise the importance of attitudes to innovation. Eminent US economist Deidre McCloskey puts the explosion of wealth in the west from the 18th century down to what she calls the spread of “bourgeois virtues” — the acceptance of capitalism and innovation — among Europeans and North Americans.

Edmund Phelps, 2006 economics Nobel prize winner, worries the developed world is losing such values — preferring bureaucracy and rent-seeking. Falling rates of productivity growth and a decline in business start-ups bear this conclusion out.

For Australia, the lessons raise difficult policy questions. To what extent should our immigration policy favour groups of people that are more likely to promote sustainable growth, who are more at ease with a dynamic economy? To do so might cause great offence but equally bring long-run benefit and cohesion.

For any questions you may have regarding immigration in Australia, contact This Is Australia Migration Services. We’re here to help you!

Read more in
Immigration News,
More Migration News
We strive to keep abreast of the all the latest news and goings on in the complex world of migration. For regular updates and to be part of the community, don’t forget to like our Facebook Page.